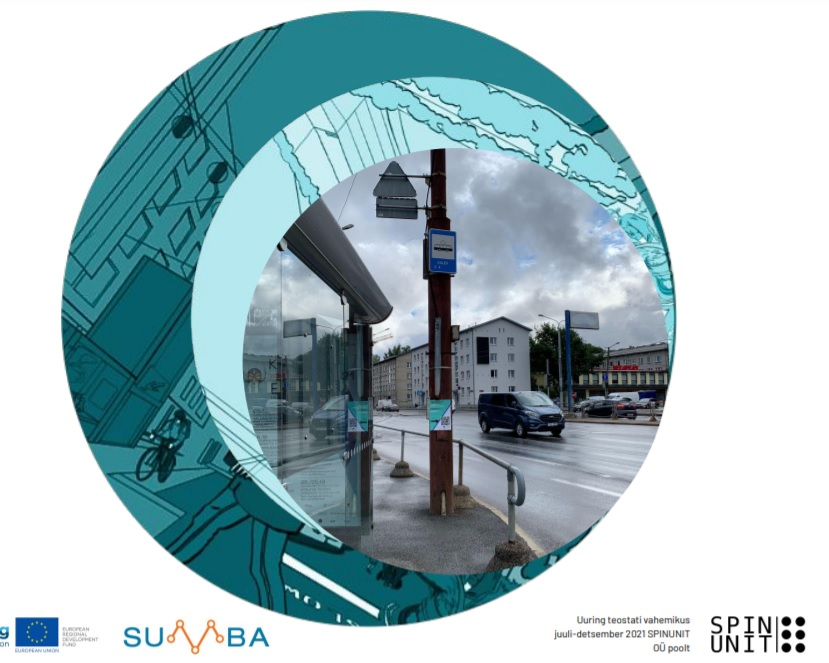 Within the framework of the SUMBA + project, a user experience survey was carried out, the aim of which was to find out the possibilities of mapping the user experience of public transport stops in Harju County. The main task was to test different ways of using feedback on stops, and to find the most optimal way to map the condition of stops without the need to constantly collect data again. The survey was conducted by SPINUNIT between July and December 2021.

In the course of the study, a method (questionnaire and its dissemination possibilities) for collecting user feedback at the stops was developed and tested at 100 selected stops in Harju County (Tallinn city 50 stops, Harku municipality 25 stops, Lääne-Harju municipality 25 stops). The questionnaire on which the study is based was also disseminated through social media channels in order to compare different methods. The survey was conducted between August and October 2021.

During this period, 1097 people answered the questionnaire. Respondents were more or less evenly divided between the two response options (QR code vs. web link). Only the selected stops could be answered via the QR code, any stop relevant to the respondent could be answered via the web link. There were 678 responses for the 100 stops selected, and 419 responses for the other stops. Most of the respondents to the questionnaire (96% in Tallinn, over 80% in other municipalities) use public transport daily or several times a week.

The large number of respondents indicates that collecting feedback on stops is necessary and welcome. Respondents have an interest and desire to respond and an expectation that stops and their surroundings will improve through feedback. Collecting regular feedback from the stops offers local governments the opportunity to constantly monitor the situation at the stops, including a clearer understanding of which stops to make changes to.

The comfort of the stops was assessed in a total of 8 categories. Almost half of the respondents are not satisfied with the waiting pavilion or seating options. Emphasis on deficiencies varied across municipalities. Tallinn has the greatest dissatisfaction with seating and noise levels. In Harku and Lääne-Harju rather incomplete service information and rubbish bins was mentioned. In general, the only category with the highest satisfaction is information about the schedule. Noise levels are cited as more of a problem in Tallinn. Disturbance by other users is also mainly a feature of the capital.

In order to continuously collect user feedback at stops, the most important thing is to find a way that allows the QR code to be at a permanent stop and withstand years and weather conditions without the need to constantly change them. Secondly, it is important that each stop has its own individual QR code, which collects information about a particular stop in one place and does not confuse respondents, for example, by finding the right direction or name.

The study is available in Estonian.

News
You probably have heard how in 2016 Barcelona introduced the idea of "superblocks", which aimed to

News
Tartu bicycle library is a rental of various bicycles, which introduces and offers both private

News Events
2021-11-04
Against the background of discussions on the need to reduce CO2 emissions, and the fact that the