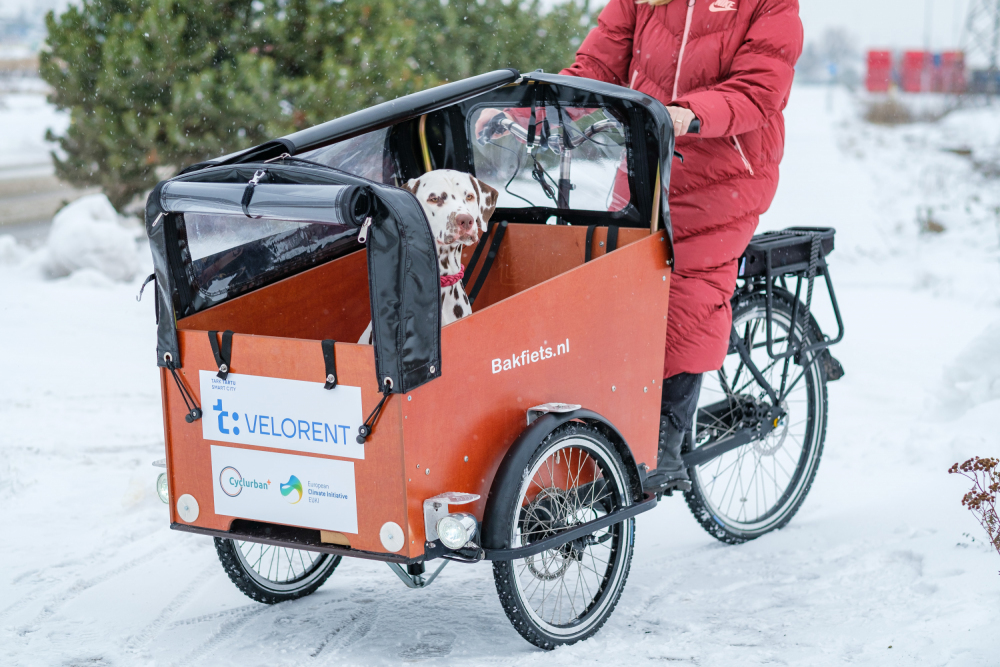 Tartu bicycle library is a rental of various bicycles, which introduces and offers both private individuals and entrepreneurs environmentally friendly mobility and logistics opportunities.

The bicycle library pilot project started on January 20, 2021. During the pilot project, three different cargo bikes have been introduced, one of which is intended only for the transport of goods and two of them are also suitable for the transport of people. The bikes come from the Netherlands, where there is a long tradition of using cargo bikes.

With the help of the SUMBA+ project 14 bikes will be added in November 2021. Also a new updated version of the booking system will be introduced and a new lending and maintenance point will be launched next month.

During this bicycle library project, the city government wants to offer individuals and entrepreneurs the opportunity to try using cargo bikes in organizing their daily logistics. Main users of the bicycle library have been families who transport their children e.g. to kindergarten and school.

The bicycles are equipped with a GPS device. When rented, the bikes come with a battery charger and an additional lock to secure the bike. The maximum load capacity of the gearbox is 80 kg. Cargo bikes suitable for transporting people are equipped with seat belts.

The rental of cargo bikes is organized by Tartu Linnatransport, which has the necessary technical base and experience in organizing the Tartu bicycle circuit.

During the SUMBA+ a bicycle library cookbook will be developed, which will assist other cities and municipalities interested in launching their own bicycle library. Stay tuned!