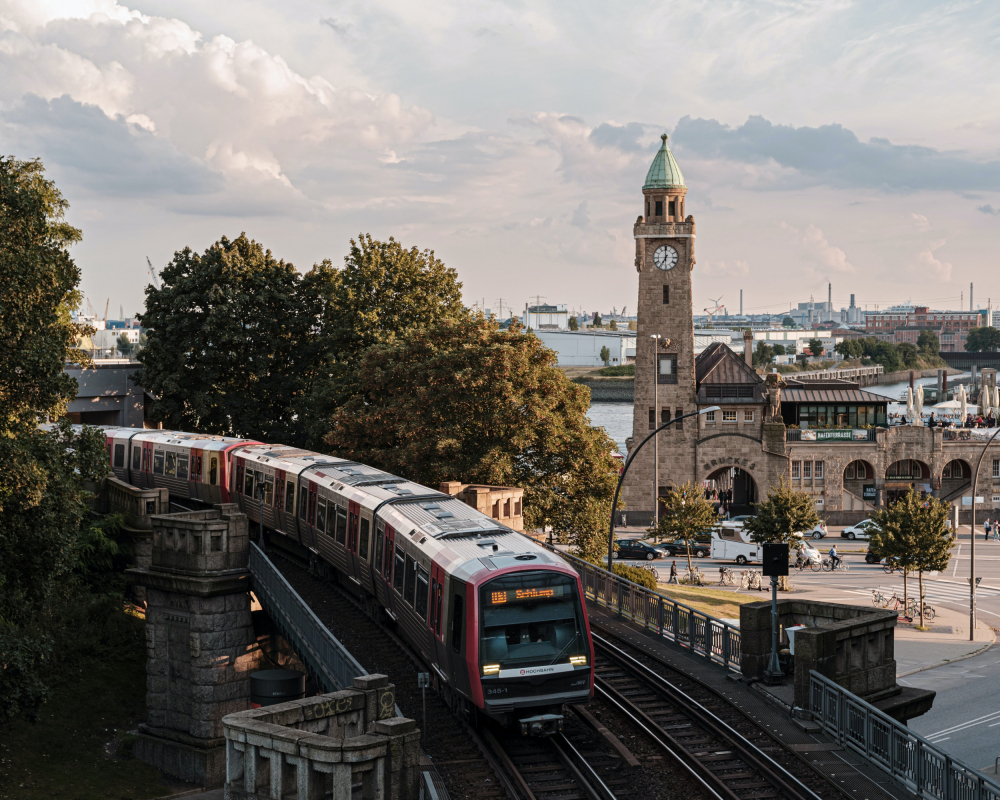 Numerous plans at state, borough and municipal level are already in place today, based on the criteria of sustainability and climate protection. Nevertheless, these plans are currently proving difficult to coordinate. There is no regional planning organisation that is equipped with the necessary competencies for the entire settlement and transport area as a unit.

Through an online survey carried out as part of the SUMBA project, the mobility behaviour and patterns of commuters from Pinneberg County could for the first time be presented in a manner that is specific to the region. In the process, areas with motorised private transport (MPT) and public transport (PT) connections could be clearly identified. Areas with an affinity to MPT are areas where people live who, on average, commute between Pinneberg County and the Free and Hanseatic City of Hamburg with a proportion of MPT of over 40%. On the other hand, people who commute to Hamburg with an average PT share of more than 60% live in regions with a high level of PT.

With the insights gained from the survey and interviews, 10 key measures were developed together with the project partners in the form of fact sheets and in a manner geared towards implementation. The study pre-evaluated a number of different strategic approaches. The study clearly identifies a differentiation in commuter mobility behaviour. The traffic commuting to Hamburg continues to play the central role. Nevertheless, the regional commuter traffic is increasing proportionally and tends to follow rather dispersive chains of transportation. Conducting interviews among commuters in Pinneberg County with a destination in Hamburg reveals the long distances people travel in their everyday lives. The transport infrastructure - whether road or rail - is trailing behind this trend.

The survey indicates that the vast majority of people are prepared to make use of efficient and attractive regional transport for their journey to work. The bicycle plays a particularly important role as a means of reaching other forms of transport and for longer distances with electric support.
The experts who are involved clearly advocate a qualification and expansion of the public transport system. At the same time, however, they highlight that the implementation of these much needed measures is currently only possible in the long term and is made more difficult by administrative and legal complexities. It will also be necessary to invest in outdated technology (signal boxes) prior to expansion.

Thus, in addition to setting the strategic course for the expansion of the regional rail passenger transport (RRPT), it is essential to take the first concrete steps in the implementation of the Commuting Master Plan with effective measures that can be implemented in the short term in the areas of mobility management, digitalisation and ridesharing. Furthermore, the course must be set at state, federal and EU level to establish a regional association that is significantly strengthened in its transport planning competence.

The experience gained during the Corona crisis will reveal the influence home offices and the rapid spread of e-bikes may have on commuter traffic in the future.

You can read the Commuting Master Plan both in English or in German here.