The Free and Hanseatic City of Hamburg is the second largest city in Germany, with a population of 1.8 million, and one of the country’s 16 federal states. The metropolitan area covers parts of the neighbouring states Schleswig-Holstein and Lower Saxony and accounts for a population of more than 5 million people. Hamburg is the largest economic centre in northern Germany, with the port being the most significant economic unit, but the city is also home to a large number of media and other service companies, and heavy industries. 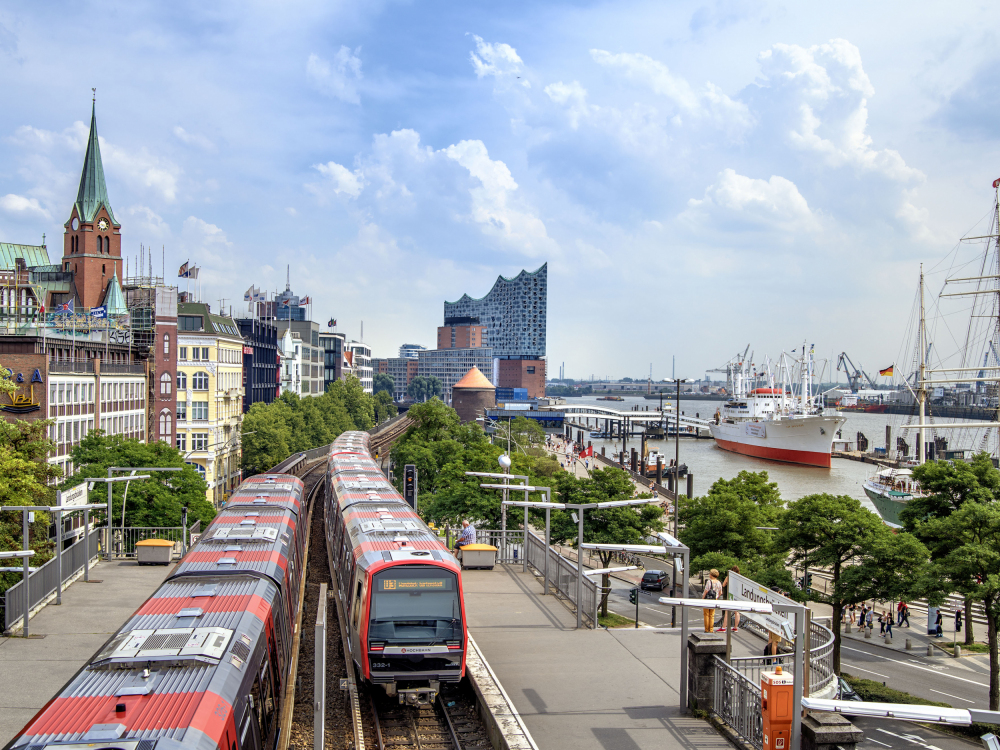 Altona is one of seven boroughs of Hamburg, located to the west of Hamburg‘s inner city and bordering the River Elbe. The borough of Altona makes up for approx. 14 % of Hamburg with a total area of 79 km². Altona used to be an independent city under Danish rule, and only became part of Hamburg in 1937. The long independent history of Altona is still visible in the urban structure, as Altona still has its own town centre. Bordering Altona is Pinneberg County, with an area of 664 km², with 8 towns and a number of smaller municipalities.

As most metropolitan areas Hamburg is also growing, and parts of Altona have a specifically high population influx, with new residential areas being developed in several parts of the borough. The rising number of inhabitants in the metropolitan area increases stress on the city’s transport system, especially as most road traffic has to cross through the city and all rail traffic has to pass central station, which is already at its limit. The city has a number of programmes to improve public transport and especially the cycling infrastructure. Major cycle routes are being developed and bike and ride facilities are being expanded. Additionally new mobility services are being tested in different parts of the city.

The transport system covered by the local transport association is reliable, well maintained, and user satisfaction is high, but during peak hours capacities are often insufficient.

A major weakness in Altona is the lack of railbound transport routes. Large areas are covered by busses, which mostly don’t have independent lanes and therefore often suffer delays during peak hours.

Implementation of the cycling strategy increases attractiveness of cycling, and numbers of cyclists have been rising over the past years. Cycling highways connecting the surrounding municipalities with the economic centres can motivate more commuters to cycle.

As parts of Pinneberg County have a low population density it is unlikely that high frequency transport can be implemented throughout the county. New mobility services and attractive park and ride facilities can be an option to improve connections in these areas.

SUMP is currently being developed, but as of now there is no integrated framework coordinating all transport developments.