Transport behaviour of the inhabitants of Olsztyn 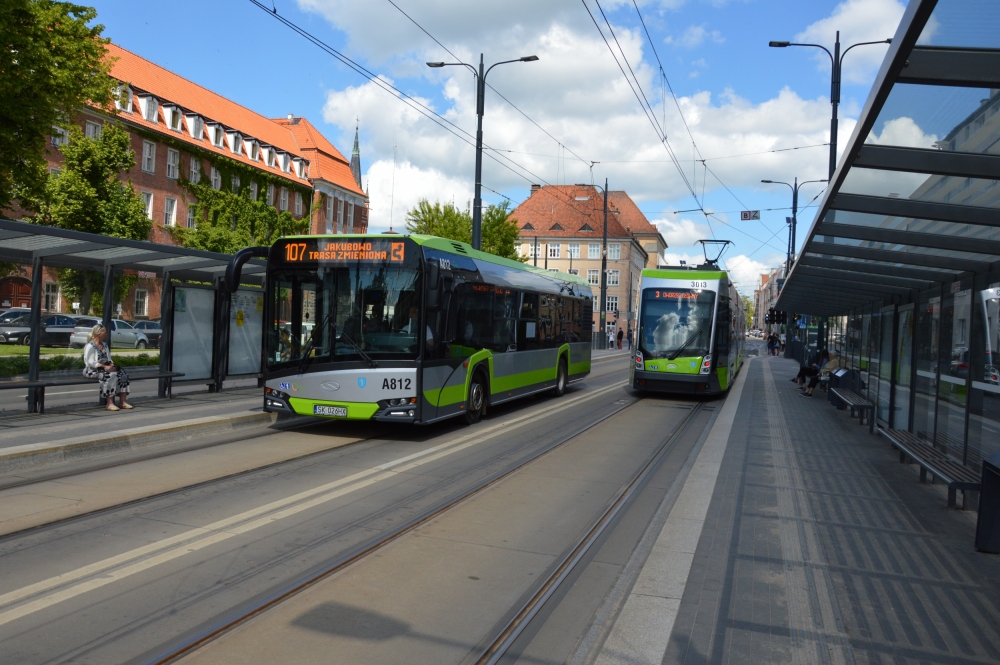 In October and November 2018 Olsztyn Municipality conducted a survey of journeys and transport behaviour of the inhabitants of the Olsztyn FUA (in the city and the neighbouring municipalities). The goal was to get credible data enabling the construction and calibration of a computer traffic model for the individual and public transport (PT) system.
Additional goals of the survey were:

Before the survey the Olsztyn FUA was divided into transport sectors: 33 in Olsztyn and 11 in the neighbouring municipalities.
The survey was carried out on the basis of a questionnaire consisting of such parts as:

A journey was defined as movement by any means of transport or on foot for a distance of at least 100 m, for specific purpose (motivation) and between specific points (origin and destination of the journey).

The survey was carried out using the method of personal interviews at the respondents’ homes. The interviewers collected information by means of an application on tablets/smartphones. All persons aged 6 years and older present in a household during the interview were invited to participate in the survey (for children between 6 and 12 years old the information could be provided by a person older than 16 years).
An address sample of dwellings was drawn according to a two-stage stratified random sampling scheme (with a reserve sample). Census areas were the primary sampling units (PSU), while flats were the sampling units for the second stage. The interviewers reached 756 households in which 1511 people participated in the survey giving information about 3912 journeys.

A statistical inhabitant of the Olsztyn FUA makes on average 1,77 journey on a working day. The highest mobility characterises people aged between 6 and 15 – 1,94 journey. When analysing the surveyed group in terms of what they do, it turns out that the most mobile are employees (1,98 journey on an average working day) and pupils (1,95 journey).

Motivations to choose a car in a journey: 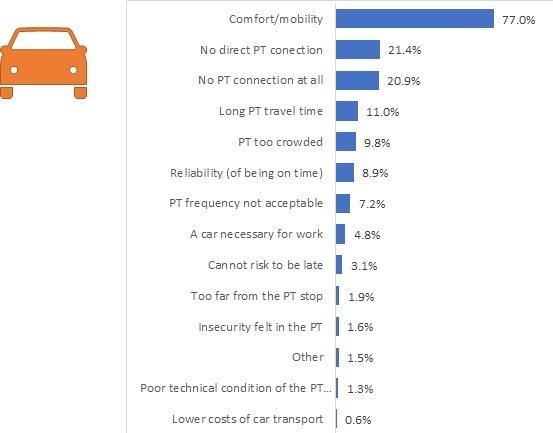 An average journey of an inhabitant in the Olsztyn FUA lasts 25.11 minutes. Journeys on foot, similarly to those by bicycle, last ca. 15 minutes on average. A journey by car usually takes approximately 27 minutes, whereas by public transport – 31.5 minutes.

The results of the survey demonstrate:

The survey was the first one concerning journeys and transport behaviour in the Olsztyn FUA. It has enabled a description of the current situation and will serve as a basis for the assessment of effectiveness of the efforts regarding the development of the city transport system in the coming years.