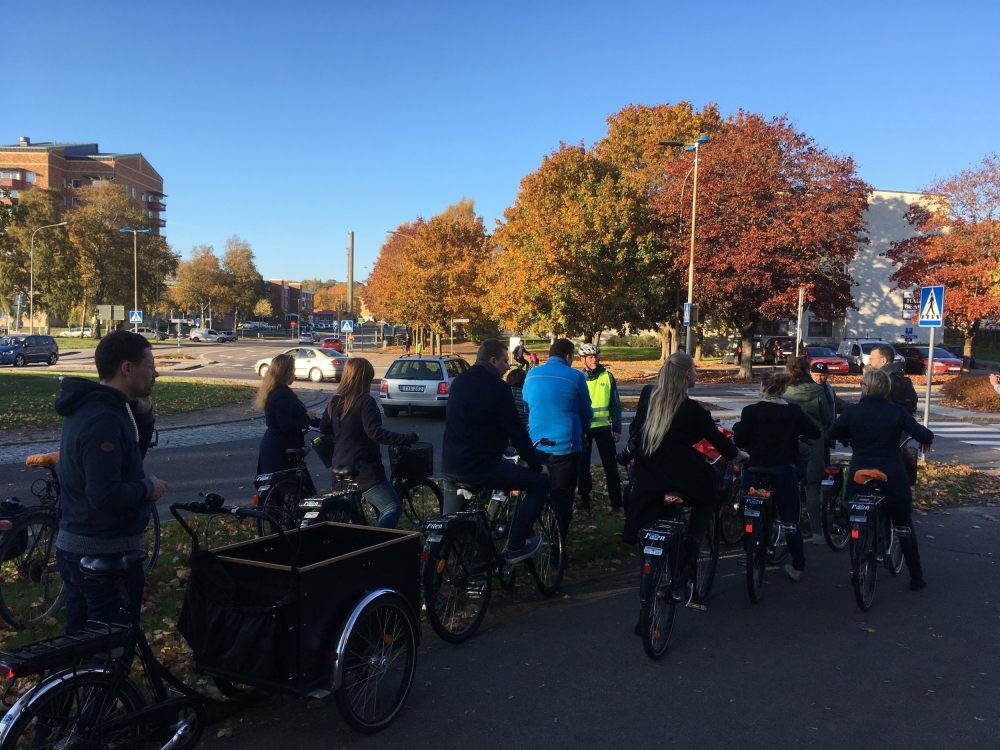 In early October it was time for the third SUMBA partner meeting. This time the group was welcomed by autumn colours and cooler temperatures in Växjö, Sweden. 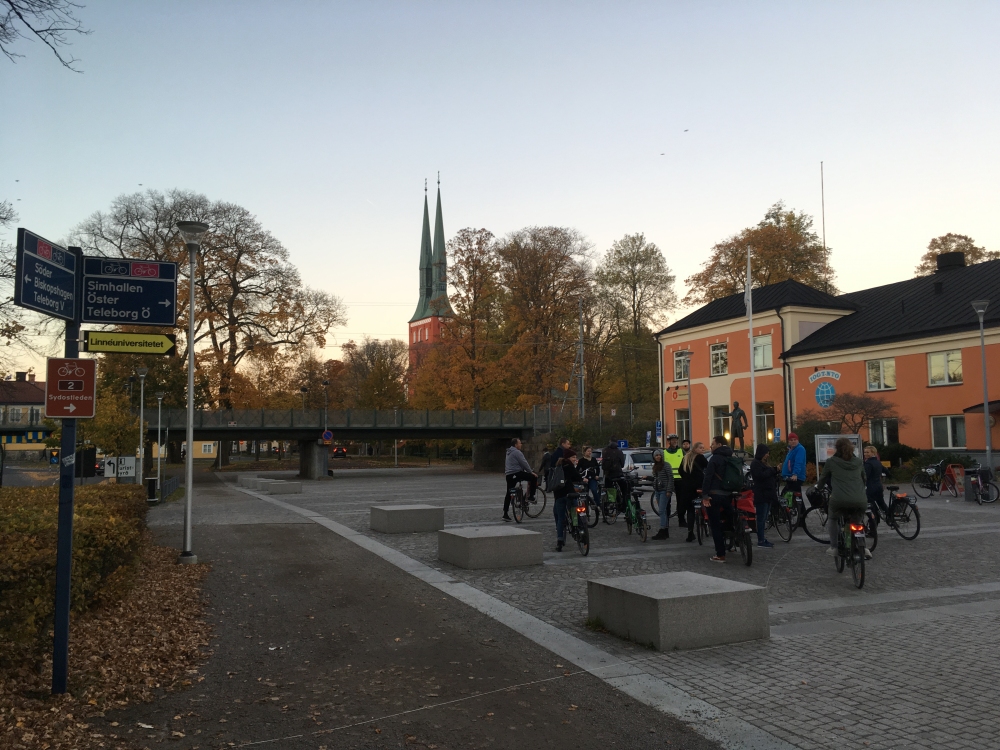 This is a busy time for the city with a lot of road construction prior to winter, including building bus lanes and improving crossings for cyclists along Storgatan, one of the main roads leading into and through the city. The result should improve conditions for bus transport, including faster travel time, and increase the status of cyclists by giving them priority in crossings over cars. These are important measures for the city in meeting its goal of becoming fossil fuel free by 2030, as outlined in its environment programme, where transport currently contributes approximately 90% of carbon emissions in the city.

These measures were just a few of the examples of those brought up during the meeting and the summary of results from the SWOT analyses conducted by each partner city. Cities used different approaches to conduct their analysis from online surveys to workshops with external actors. And for some cities this will serve as a first step in using participation methods to develop the main project output: the Commuter Master Plan. Since participation is an important factor in developing a concrete and well-developed plan, a workshop was organised by representatives from Växjö municipality that involved informing on participation methods and discussions on identifying and overcoming barriers to inclusion and participation in planning processes.

Representatives from partner organisations Baltic Environmental Forum Estonia and German Aerospace Centre presented the agenda for the SUMBA conference on transport modelling, to be held in Tallinn on December 4-5th. During the event, researchers, and practitioners will share their knowledge, techniques and trends in the field of traffic simulation and modelling with focus on intermodal transport. Registration for the event is now open, more information is found here. 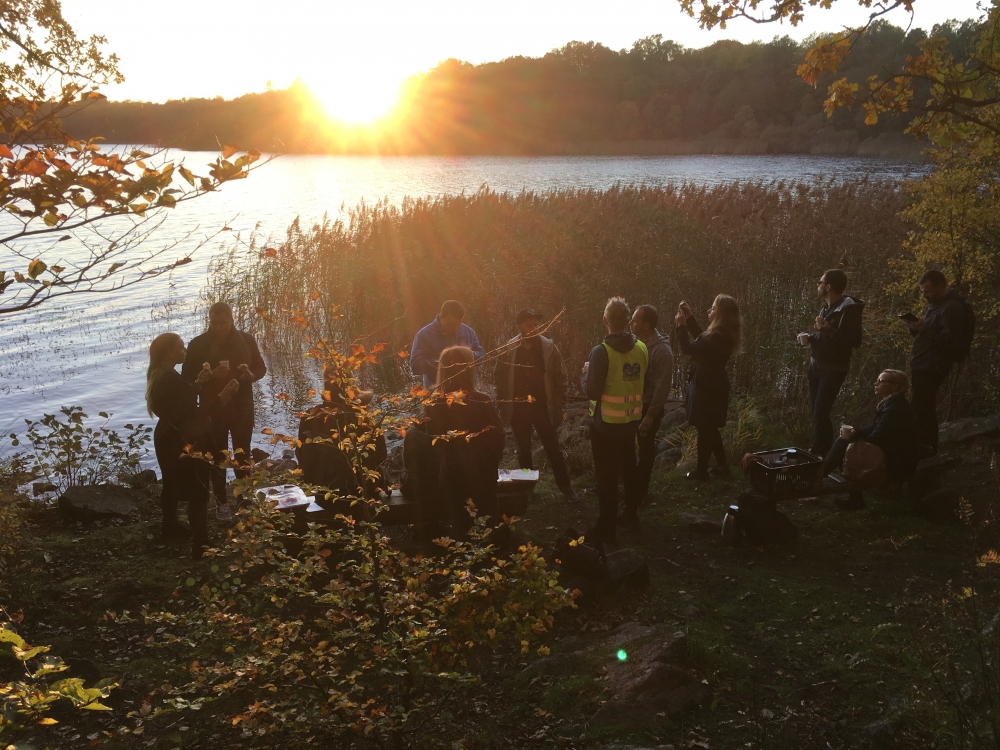 Rounding out the partner meeting in Växjö was an opportunity to see more of the city by bike; participants toured the city, to visit sites including construction along Storgatan and building of bicycle passages that give cyclists priority over cars. The tour continued along a retired railway-turned-bike route that intersects the city and connects several districts together. Similarly, the city’s first bicycle highway was highlighted during the tour and led participants from an industrial area of city to housing and surrounding beech tree forests. The group concluded the tour with fika (coffee break in Sweden) in the forest beside lake Södra Bergundasjön. Attendees were able to use different types of bicycles during the tour, from standard bikes, to electric bikes and different electric assist cargo bikes. These are similar to those to be found in Växjö’s bicycle library opening in march 2019 as part of the SUMBA project. Inspiration for this comes from, among other examples, the Cykelbibliotek in Copenhagen.